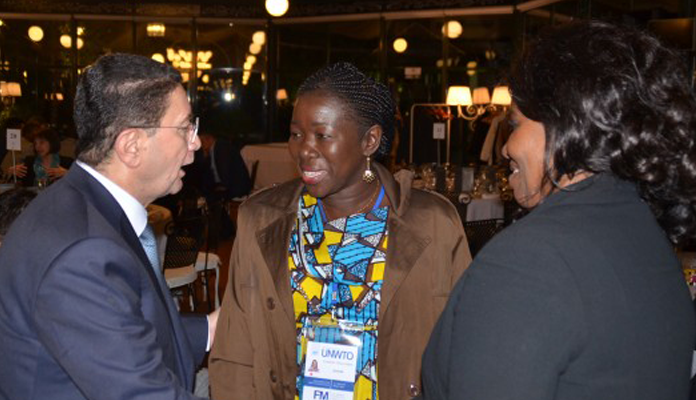 Ghana has been given another opportunity to participate in the 103 session of the United Nation World Tourism Organization’s (UNWTO) Executive Council, ongoing in Malaga, Spain.

As part of the conference, the Minister of Tourism, Culture and Creative Arts, Mrs. Elizabeth Ofosu-Adjare is expected to use the occasion to highlight some opportunities available to investors in Ghana’s tourism industry. Ghana was last year, elected to serve on the Executive Council of the world tourism body at the 21st session of its General Assembly held in Medellin, Colombia.

Ghana’s election was in recognition of its efficient hosting of the Brand Africa conference last year, and its defining roles in the spheres of the UNTWO.

The Executive Council of the UNWTO is the governing board that ensures that the organization carries out its work and adheres to its budget. It meets at least twice a year, and is composed of members elected by the General Assembly in a ratio of one for every five full members.

While in Spain, Mrs. Ofosu-Adjare will confer with counterpart Executive Council members to set global tourism agenda, which will determine growth direction for the sector. She is also expected to have sideline engagements with other tourism stakeholders, including the STEP Foundation.

ABOUT US & OTHER USEFUL LINKS

© Ghana Embassy Spain. We accept no responsibility for external links.