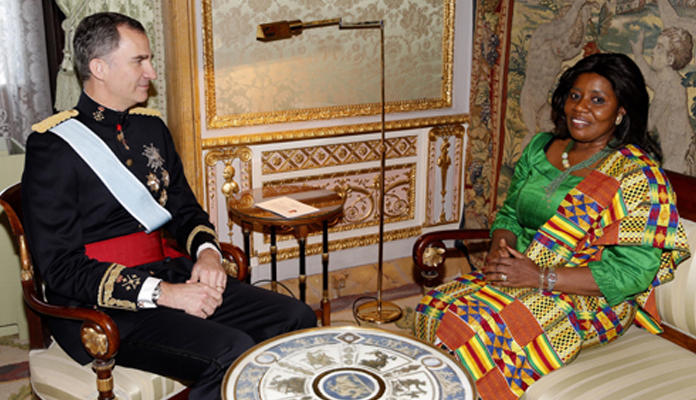 Ambassadors from seven other countries also presented their Credentials before His Majesty King Felipe VI in the traditional ceremony.

Information Section,
Embassy Of The Republic Of Ghana,
Madrid, Spain.

ABOUT US & OTHER USEFUL LINKS

© Ghana Embassy Spain. We accept no responsibility for external links.